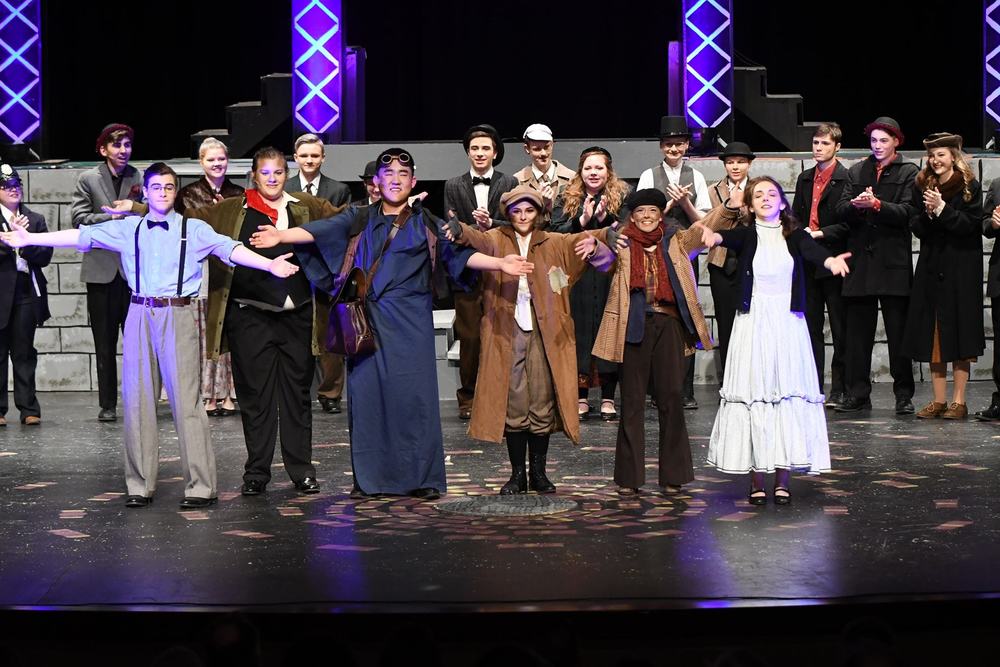 The HHS 2019 spring production, Sherlock Holmes: Baker Street Irregulars, was a huge hit for performers and viewers, alike. Mr. Michael Smith, the HHS drama teacher, directed this play and has been directing for the previous eleven years; throughout his time in this position, he has surely seen some aspect of every genre. This year, the play’s genre involved a mystery about one a beloved sleuth. Smith stated, “I think the audience will be on the edge of their seats seeing the action unfold.”

Some of the cast also offered views about the production. As a senior with eight years of theater under her belt, Maddie McElroy decided that as well as acting, she would also costume, which she says has “been a really fun area to learn more about.” Both Maddie and Evelyn Ducheneaux, a sophomore actress, agreed that one aspect of rehearsal was challenging: attempting a British accent. Maddie also said, “Some people’s accents went Southern suddenly, or Irish, or Australian...” Getting an accent correct is crucial to embodying a character in any capacity; however, for the talented students at HHS, their dedication and drive paid off to create an excellent performance.

Auditions were held in February, and rehearsals started immediately after casting; the play occurred on April12th and 13th in the HHS Performing Arts Center. Both comedy and amusement that the audience found in the performance paid off for thirty-one days of the time and effort put into the production.