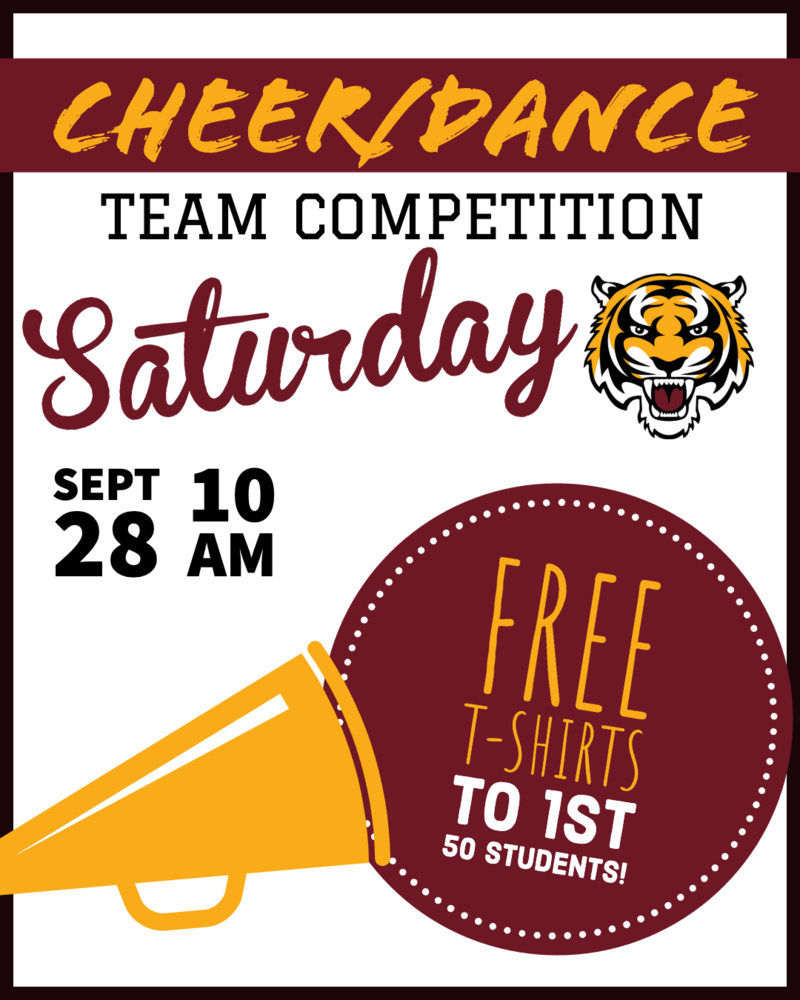 A Sensational Season On and Off the Floor

Harrisburg’s recently developed competitive cheer and dance programs have kickstarted their seasons. Beginning on August 31st, the teams journeyed to Aberdeen for their first official competitions, where they finished with victorious second and third placings, respectively. Though the teams practice and compete on separate mats, each team has similar foundational values. This season, coaches and competitors of the Harrisburg cheer and dance programs thrive for positivity as well as growth in the competitive nature.

As for the HHS cheer team, head coach Eve Langerock hopes to achieve a variety of goals on and off the mat over the course of the season. She stated, “We hope to make improvements at every practice and competition. We hope to win ESD for the second year in a row and finish in the top three at State.” The goals Langerock and assistant coach Maddie Miller have set for the girls are high, but the growth the team has already shown over the past three seasons proves they are attainable. Sophomore Ashtyn Larson revealed how the HHS Cheer Team has given her new friendships, accountability, and valuable life lessons. Setting hopes high and thinking about the future, Coach Langerock explained, “We have extremely dedicated and talented athletes that are learning elite stunts and tumbling passes to put together an awesome routine to compete at the AA level.” Over the course of the season, cheer is eager to showcase their hard work from the summer and to prove how three years of a competitive team creates a family mentality.

In addition to Harrisburg’s competitive cheer team, the competitive dance team also has its goals set high as the third season has begun. Head coach Melissa Fikse, shared that the team’s biggest success this year “has been doubling our team size and acclimating the team to dance well together.” In addition, Fikse reiterated, “I believe the dancers have done a fantastic job of working together to become the most unified and positive team we’ve had since starting this program.” With tiresome practices containing multiple full-out performances and cardio driven exercise, the team has grown exponentially. Sophomore captain, Ella Christianson, vocalizes that the practices may be long, but they are well worth it. She recalls the memories of the season, explaining, “The year has been memorable because of having fun with all of my friends, learning many challenging skills, and making lasting memories.” Looking into the upcoming season, coaches enter into performances with the following mindset: There is no goal, end zone, or hoop to score in with dance; because of how subjective scoring can be, it is up to the dancers and coaches to make sure that they walk away feeling proud of the work left on the floor.

Although their seasons lasts only two months, each team will compete in upwards of ten different competitions all over the state of South Dakota. Harrisburg hosted a home competition on Saturday, September 28th.. The final performance the girls will face is the State Competition, taking place on Saturday, October 26th, at Aberdeen Central High School.