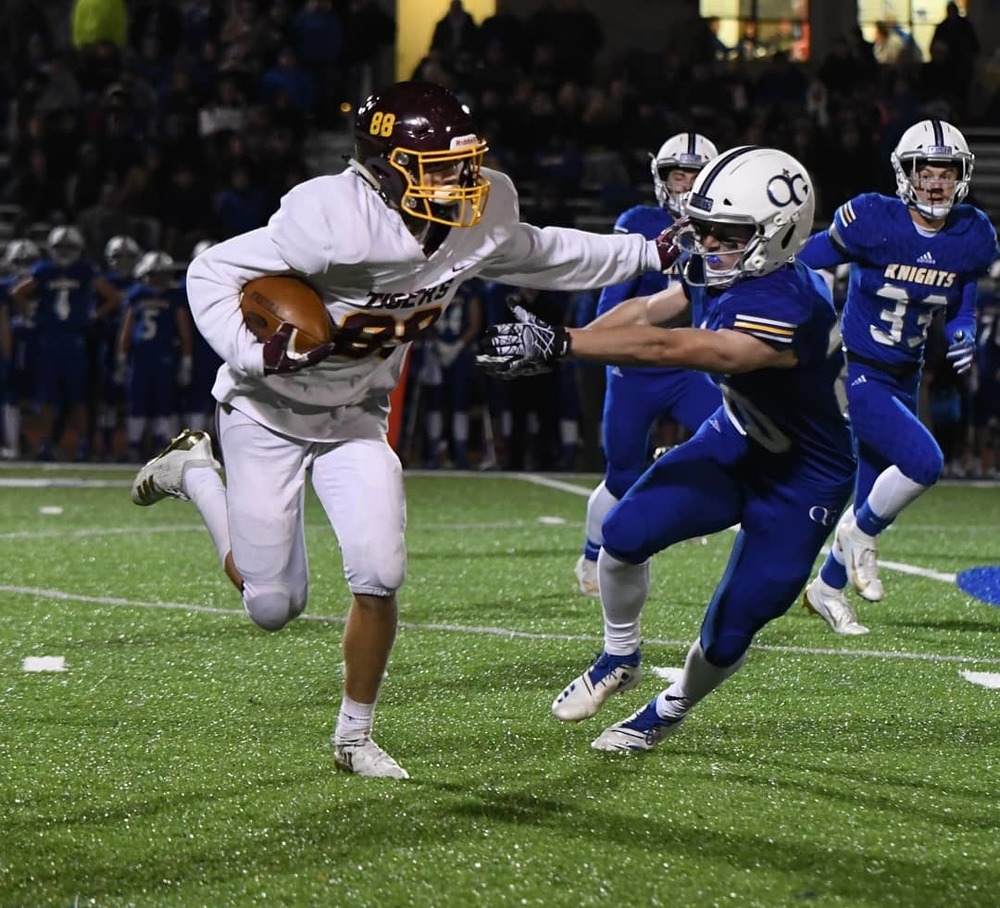 Chasing the Championship in AAA

The Harrisburg High School football team is rounding out their successful 2019 season. During an interview with Head Coach Brandon White, he shared the following: We are hoping to continue to play well and win our ESD conference; we also hope to earn a chance to play for the 11AAA Championship.” This year, the State championships will take place at the Dana J. Dykhouse (SDSU) Stadium located in Brookings, SD, on November 15th. Coach White also commented that the team is “doing a lot of lifting, film study, and practice. We need to continue to learn from our mistakes and build upon all the positives from each week.” Their hard work paid off when they earned big wins against Rapid City Stevens, Aberdeen Central, and Sioux Falls Washington.

Adding a new perspective to the team this year is Harrisburg’s first female football player. Morgan Lantaff, a freshman, has been playing football since she was in second grade, and she loves everything about the sport. She said, “I don’t really think anything of it when I am playing against the boys; I just love to play football.” Lantaff is having a successful season this year alongside her other freshmen football teammates with their winning record. Come out and cheer on our HHS football team as they make their way to the playoffs, with quarterfinal games taking place October 31st at O'Gorman (kickoff at 6pm) and semifinal games on November 8th.