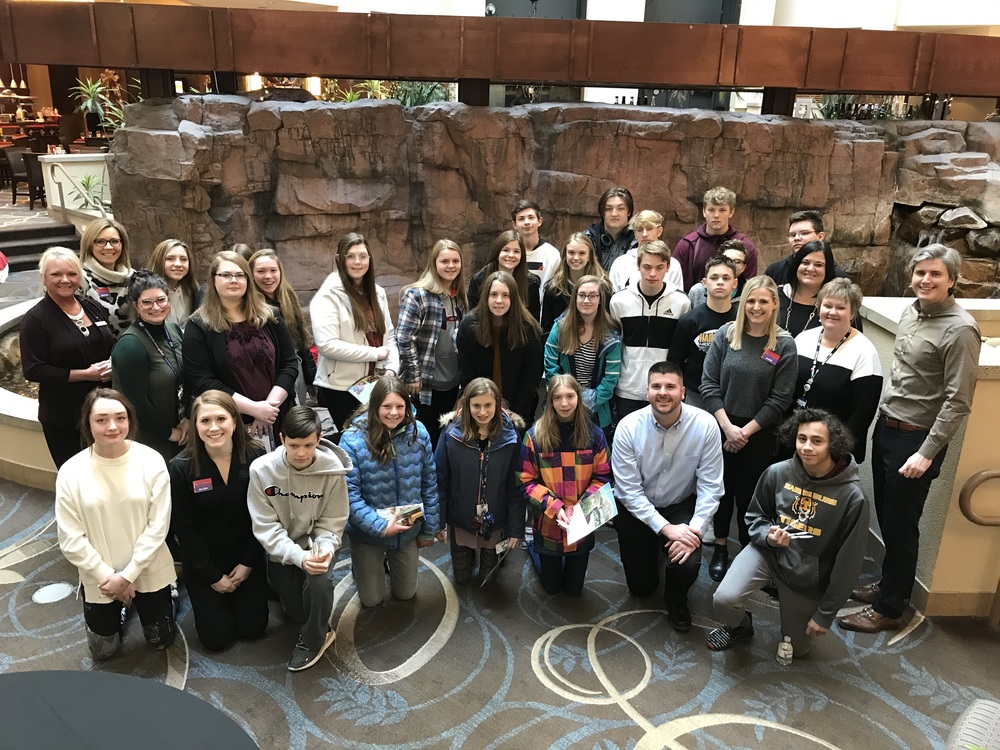 Getting out of the building to explore careers first-hand has been an area of focus for the Harrisburg High School Career and Technical Education Department this school year. Recently, Mrs. Kern’s FACS I learners toured the Sheraton Hotel, Sioux Falls Convention Center, and Denny Sanford Premier Center hosted by their collective staff and the Sioux Falls Convention and Visitors Bureau. 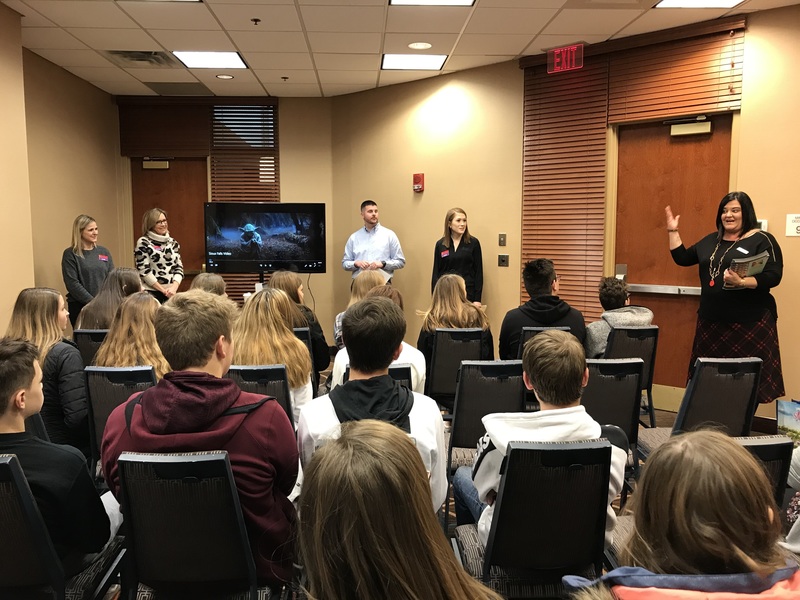 Learners explored both front and back of the house, many amenities, and learned how the Sioux Falls Convention and Visitors Bureau helps secure the many events and conventions that are interested in Sioux Falls. The group was warmly welcomed at the door and introduced to many staff members of the organizations. They viewed the promotional video used to interest various conventions, sporting events, and meeting groups to host their event in Sioux Falls. Learners were also able to watch an “attention grabbing promotional piece” featuring Yoda and other Star Wars characters, illustrating the creativity inside of  the hospitality and tourism industry.

After a general overview of the industry, learners were divided into four groups, and toured the Sioux Falls Sheraton Hotel, Sioux Falls Convention Center, as well as the Denny Sanford Premier Center. Learners were able to see everything from laundry facilities to executive suites. Leksy Franken, a learner in Mrs. Kern’s class noted, “It was nice touring with someone in the industry, they showed us things I did not know where there.”

The learners were able to experience first-hand what it is like to be hosted by the CVB when considering the city of Sioux Falls for an event. Highlights for learners included: viewing the VIP space at the Premier Center, cookies specifically labeled with Harrisburg logo, and their wonderful tour guides’ personalities. Mrs. Kern shared, “This was a phenomenal opportunity for my students to learn about the hospitality and tourism industry, and to learn about skills needed in the world of work.”

The career development experience was capped off with t-shirts, gifts, and personalized Harrisburg cookies for all. Without a doubt this is a highlight of the semester for learners in Mrs. Kern’s CTE class. The FACS I class would like to express their sincere gratitude for the wonderful opportunity and as Ms. Franken stated, “I may be interested as a career, but overall it was nice to explore.”