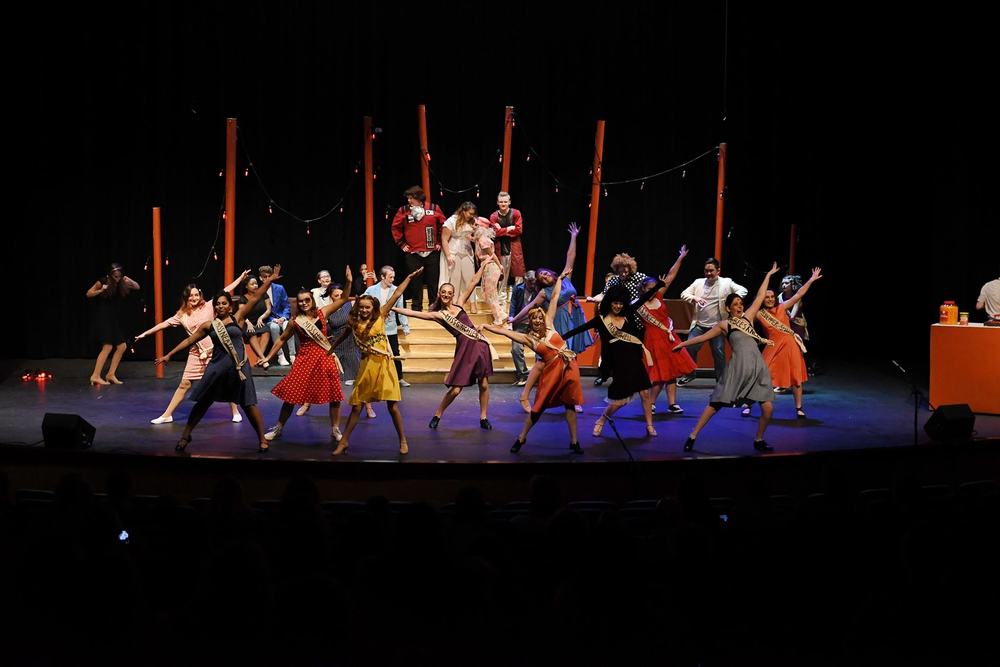 Since the week before Christmas break up until the end of January, the cast and crew of Planet Z, this year’s one act play co-written by Michael Smith and former HHS student Tyler Johnson, rehearsed daily for their performance. They performed in the HHS PAC on February 3rd and 4th and at the state competition held at O’Gorman High School on the 6th and 7th where they earned a Superior score. Traditionally, one-acts at Harrisburg High School appear quite different from the annual fall production because they get less rehearsal time, compete against other plays, and usually do not include musical elements; however, this year Planet Z included zombies as well as song and dance numbers, which director Michael Smith stated gave the “tremendous dancers a vehicle to shine.”

While this may be true, some cast members stated that the dance element was the most difficult to master. Ellysia McElroy, a junior playing a zombie, remarked, “We sing a zombie hymn toward the beginning and perform two dances in our closing. It's been an interesting learning experience to master those numbers.” Theater veterans Kaylie Jucht, a senior, and Evelyn Ducheneaux, a junior, both agreed that the song and dance aspect seemed challenging at first, but once they got it down, it was one of their favorite parts to perform. Additionally, though Planet Z may appear simply a comedy with no underlying meaning, it expresses themes of love, friendship, and acceptance. With a charismatic and talented cast, crew, and director, this play was greatly able to entertain the audience and was well set for their state competition.