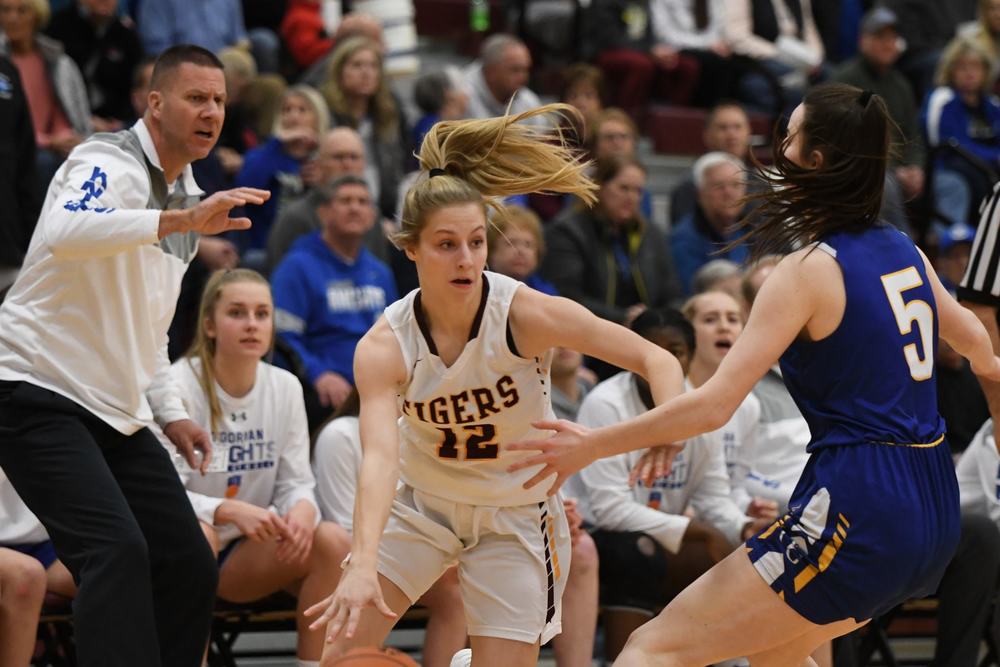 With a record of 13-2 this season, the Tigers stand as 4th seed out of the 18 AA girls basketball teams. The Tigers plan to maintain their streak through their team building orientation; however, offensive and defensive fundamentals remain a close second. Carolyn Haar, a junior guard, expresses the many advancements made this season as the team has improved in shot selection, fast transition, and ball movement. One of the greatest challenges the Tigers have faced so far is lingering sickness as Taylor Kippes, a senior, explains that “the hardest challenges so far this season have been staying healthy, as there are always girls that are sick.” Even with sickness traveling throughout the team, the players have not allowed their ability to falter. Faith VanHolland, a senior, details that the new offensive strategy stands as a bit of a challenge to the team. Faith specifies that the difficulty with the new offense is that players must commit to the process without question. The team hopes to end the season competing at State, which will take place at the Denny Sanford Premier Center March 19th through 21st.

Head coach Nick Mayer and assistant Coach Dana Bigge attribute the team’s success to their teamwork, focus, and dedicated work ethic. One of the team’s main focal points throughout the season remains the formation of relationships between players. To create these bonds, the girls take part in team building activities such as trips to Fit Rev, team dinners, and making blankets. In fact, Faith Vanholland, who has been on the team for four years, explains that because of the constant outside interactions between players, the team chemistry continues to grow, and this helps them trust one another when the game is on the line.

As the Tigers’ post season play draws near, we hope to see all their fans in the stands cheering on the team!