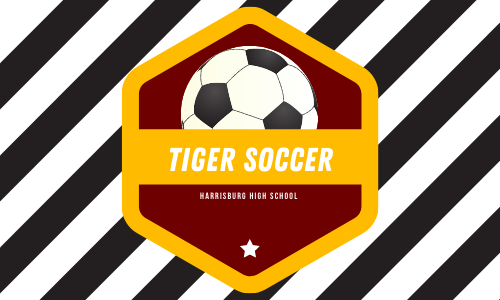 Goals and Ambitions: The 2020 Soccer Season

The 2020 season brought many new ambitions for the Harrisburg Soccer Teams. Girls’ Varsity finished the regular season with a strong record of 12-1-1, the best record in Harrisburg Girls’ Soccer history. Girls’ JV won almost every game, and Boys’ Varsity improved through every match. Both of the aspiring girls’ teams set a goal to go undefeated and break records throughout the season. The boys’ goal was to use this season to grow as a team and learn what works best for them.

Girls’ Varsity had many expectations for this year from coaches, players, and parents. This team has two senior captains, Anna Lockrem and Kiah Pieters, who want to help get the team to reach these goals. Anna not only wants to have a successful last year playing but also looks to have fun with her teammates. Winning was a great motivator to keep spirits high throughout the season. Anna believes the team can achieve anything they put their minds to as long as they work together and keep a strong dynamic. Eric Christensen, the new HHS head coach, says he has always set lofty goals for himself and his teams; however, he fully expects the Girls’ Varsity team to achieve them. He shares, “It started with the adoption of a strong Summer Program, setting a culture of expectation, discipline, and accountability for the players, coaches, parents and the school’s administration, proving every day is a new day to make ourselves better than the day before.”

The Girls’ team motto is “Row the Boat,” meaning everyone has to work together and put in the same amount of effort. As Coach Christensen explains, “If we all get in the boat together and row together, then anything is possible together.” The new coach says he came into the Girls’ Soccer program because he saw a talented group full of potential with a school that was ready to support them.

The Girls’ JV team earned much success under the coaching of Allie Long and Samantha Massey with captain leadership from Jules Hall. This team was very talented, harboring eight players that also play Varsity. The dynamic for both of the girls’ teams was and continues to be very strong, and they all love to support each other on and off the field.

The Harrisburg Boys’ Team, which holds many young athletes, rebooted this season. Amber Briden, the head coach, commented on her expectations: “We are a very young team this year and my expectation is to grow as a team and build to be better as a whole. I think there is a lot of talent coming up, and we have a lot of potential to do great things.” Since the team never played with each other until this season, the road to success was bound to be bumpy. However, the coaches and players have a lot of confidence that their expectations will be met in years to come.

Harrisburg Soccer has many goals and a lot of ambition to achieve them. Due to the Girls’ Varsity team finishing the regular season ranked number two in the state, they will start playing in the State Playoffs on October 6th against Brookings. The girls are excited to see how the rest of the 2020 season plays out.