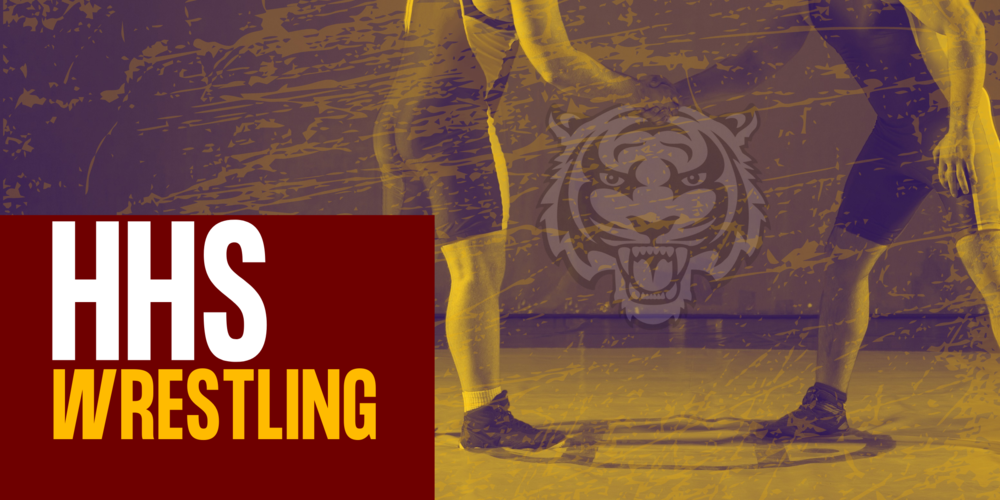 With the Harrisburg Tigers wrestling season coming to a close, the athletes who worked hard this year achieved many goals. State wrestling, which recently took place from February 24th-26th, capped off the season with a variety of noteworthy achievements. Along with the state tournament, these wrestlers have gone through four months of wrestling, typically two practices daily. The effort these wrestlers have put in all year has been reflected in the team’s performance.

As a team, Harrisburg placed fourth with 142 team points. Soren Aadland, who placed 7th at state, says he was “pleasantly surprised with how well the team was able to do.” Because they were physically prepared, the group was able to endure the three-day tournament. Individually, Harrisburg’s boy wrestlers had thirteen wrestlers qualify for state, eleven wrestlers that placed in the top eight, and one state champion. Senior Ryan Hirschkorn, who won state at the weight class of 195, says that he believes “years and years of hard work,” along with having a “very clear goal going into the season,” best helped him to win a state championship. Several seniors throughout the program will graduate this year; most of the seniors were able to achieve their goals both academically and on the mat. The wrestlers not only faced hard practices, but also had to keep up with their schoolwork. Senior Juan Avila said, “At times, it was a struggle to balance academics and wrestling.” Many wrestlers also had trouble this year due to injuries. However, their ability to push through and keep practicing aided the Tigers greatly in their success.

Along with the boys’ program, the girls wrestling team placed fourth overall. Starting the program benefited many girls that want to wrestle. Out of the seven wrestlers that qualified for state, four of them placed in the top eight, including one state champion. Regina Stoeser, who is in eighth grade, won the state championship at the girls 120-pound weight class. Because Regina has been wrestling her whole life, the new girls wrestling program has allowed her to succeed more than ever. Above everything else, Regina thinks that “discipline” along with “love for the sport” are essential to being successful as a wrestler. Having self-discipline and passion for what she does is what allows her to be a level above her opponents.