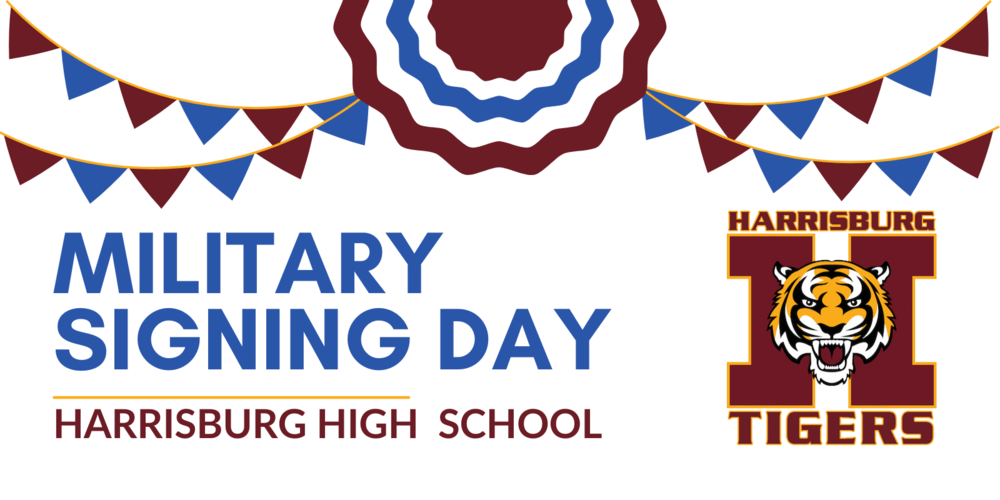 HHS welcomed students, parents, and staff members to our inaugural Military Signing Day on Wednesday, May 4th in the High School Performing Arts Center. It has long been a tradition in Harrisburg to honor those students choosing to enter the armed forces during our graduation ceremony. When our staff members brought the idea of honoring this commitment with a signing day ceremony, we felt this would be a unique way to celebrate our students' decision. We wanted to honor these fine young men and women and applaud them for their service, leadership, and sacrifice.

Mr. Colby Peterson spoke at the ceremony, having been with the District as a Social Science teacher for eight years and  served our country proudly for nearly 18 years. Mr. Peterson spoke of his own personal journey in the military, his education, professional and civilian life and related to the many individual reasons a person decides to join the armed forces. He thanked the seniors for their newly found commitment to our country and for supporting and defending the Constitution of the United States.

The Harrisburg School District and HHS were proud to acknowledge the following seniors who have committed to joining the Armed Forces of the United States of America upon graduation. 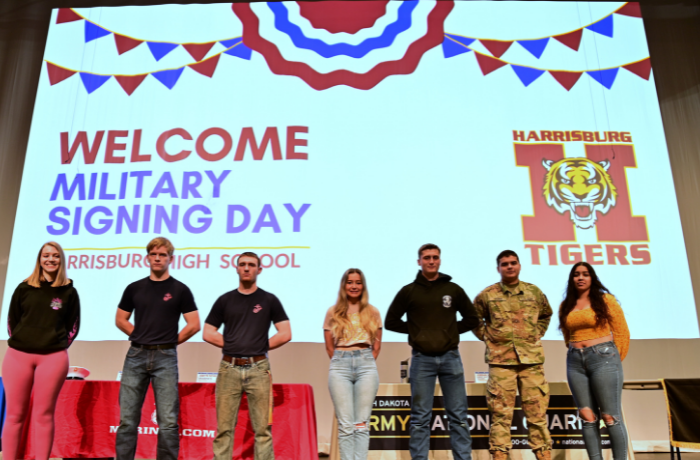 Each senior was given a certificate acknowledging their commitment and thanking them for their service, leadership and sacrifice. They also received a pin to wear on their stole at graduation from Harrisburg High School emblazoned with the words: Service Leadership Sacrifice.

The ceremony concluded with a round of applause and standing ovation for the seven seniors. We are #TigerProud of these HHS Seniors!