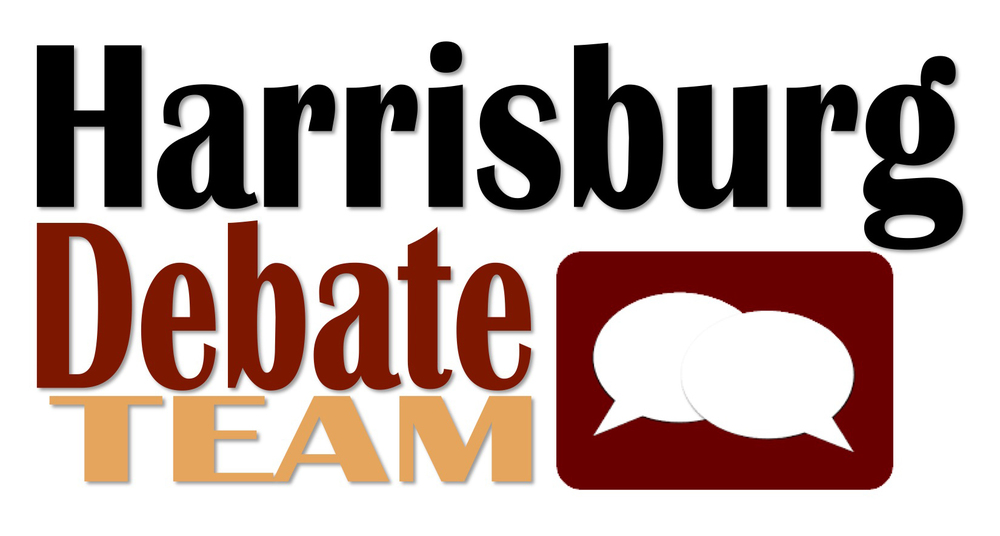 As the Harrisburg High School debate season continues, National Qualifiers get closer for the young debaters. In the world of high school debate, National Qualifiers is the tournament with the highest stakes; it determines whether or not debaters will get to attend Debate Nationals, which occurs in June in Dallas, Texas. HHS will have four teams of two representing our school: Grace Anderson and Victoria O'Connor, Braden Culp and Ava Serfling, Carter Lucas and Kendall Larson, and Cassidy Herding and Ryan Corcoran. Debate has taught these individuals speaking, persuasion, and commitment.

To develop these skills, the debate students work hard to write strong, convincing, and researched arguments. According to Grace Anderson, a sophomore debater at Harrisburg, knowing the topic before starting a round is crucial, as time is limited: "The most significant challenge for me is time. Time constraints on speeches teach you to be concise and clear and to pick the most effective arguments that will convince the judge to vote for your side." A seasoned senior debater, Braden Culp, agrees but also claims that whenever he has a dispute with a friend or sibling, debate has taught him this lesson: "It has taught me to look at both sides of any argument or misunderstanding so it has a better chance to be resolved." Dr. McKee, head debate coach at Harrisburg, concurs, adding, "The competition aspect, as well as the learning aspect.  I love to watch the news and learn what is going on and how everything is interconnected to a degree.  Debate gives me the chance to get in-depth on a topic."

All hoping to make it to nationals, the four Harrisburg teams have been working hard all season to do their best work. The season, which has been successful with varsity wins at the SFL Silver Bowl by Anderson and O’Connor and at the Fargo Shanley tournament by Larson and Lucas.  Additionally, Serfling and Anderson were runner-up at the Mitchell McGovern and Anderson and O’Connor at the Yankton Lewis and Clark Invitational. Culp and Tuba Ali placed 2ndat Huron with Larson and Lucas finishing second at the first Harrisburg tournament of the year in December.  The novice debaters have also had good fortunes this year as the team of Eli Schipper and Madison Dick placed first in three tournaments in a row at Yankton, Huron, and at Harrisburg’s second home meet of the year.

The season is not over yet, however, the debaters are confident, as whenever Harrisburg debaters take the floor, they bring confidence and humility. The season so far shows a promising outlook for the outcome of the National Qualifiers debate tournament!